Welcome to two of my 2020 resolutions: reading (and finishing) books and writing about the experience. A slow and distracted reader, I often neglect as much as I abandon books. As a perfect example, our first instalment will be Show Your Work, by Austin Kleon (“a writer who draws”). This book probably requires three hours of focused reading, at most. It took me 11 months.

For me, reading a book is work (thanks, Internet), so here: pic.twitter.com/YfVikp0bCp

This is a “dataviz book review” not because it’s a book about dataviz, but a review from a data visualization angle. While it’s good, even essential, to read about data visualization to become better at it, it is also crucial to read outside of the field to be inspired and to bring in new solutions and ideas.

I picked this book meant for artists on a whim in a museum gift shop because it seemed full of wisdom about something I wanted to do: interact more online and make my own work better known.

Dataviz practitioners would benefit greatly from his advice, especially those that produce a lot of visuals. In fact, many are already quite good at it. A recent series that I particularly enjoyed is Giorgia Lupi sharing her drawing sketches on Instagram. She’s exploring shapes and colours often with a particular project in mind, and it shows how creative and tasteful she is. You can see them on her account, and many appear under the tag #beforeIthinkIdraw.

Another is Martin Telefont who seems to just create his own projects based on whimsical ideas and shares some daily output (when does he work or shower?). He’s got series of dataviz-style-based butterflies, dataviz typography, dataviz ads, dataviz LEGO, all of which are marvellous. He’s opening an online store soon.

62 Heatum Mapus – yes it looks like something from the 80s

The point of the book that applies best to a dataviz practitioner is that one should show their process, not only the end results. Our field is full of complicated decisions and tradeoffs that are sometimes resolved, sometimes not. Social media is ravenous when it comes to “process posts”. I predict a great success for Andy Kirk’s new podcast about the processes behind some visualizations.

But despite Kleon’s best efforts to show how almost anything can be shared, I remain with the impression that a lot of my work is difficult to show. As a freelance and then owner of a small studio, many of my days are spent doing management and administrative tasks: proposals, invoices, follow-ups, emails, accounting, recruiting, phone calls, videoconferences, etc.

The small Voilà team is creating a lot of beautiful things, and I encourage them to share sketches and progress, but I have not been able so far to interest them much in social media. I bet it would help if you were to subscribe to the Twitter feed of Estelle and Erica and generously liked their dataviz posts. 😉🙏🏻

Personally, I produce less visuals than ever and I never found a way to share quickly. Every time I try to do it, I have some technical challenge or a creative block that makes the process much longer than it deserves. For instance, I set out to write this blog post in an hour, distractions include, and it took me two and half (that’s what Sundays are for). Still, here is a recent example I shared on Twitter.

When I get bored of column charts pic.twitter.com/8TpgOiwElF

Show Your Work is highly quotable and I quoted it with abandon on Twitter. The book itself is chock-full of quotations. Austin Kleon doesn’t explain it in the book, but it’s obvious that he’s good at making notes of his readings in a place where he can use them in due time. This is a method that I promote but don’t apply nearly enough to my work. 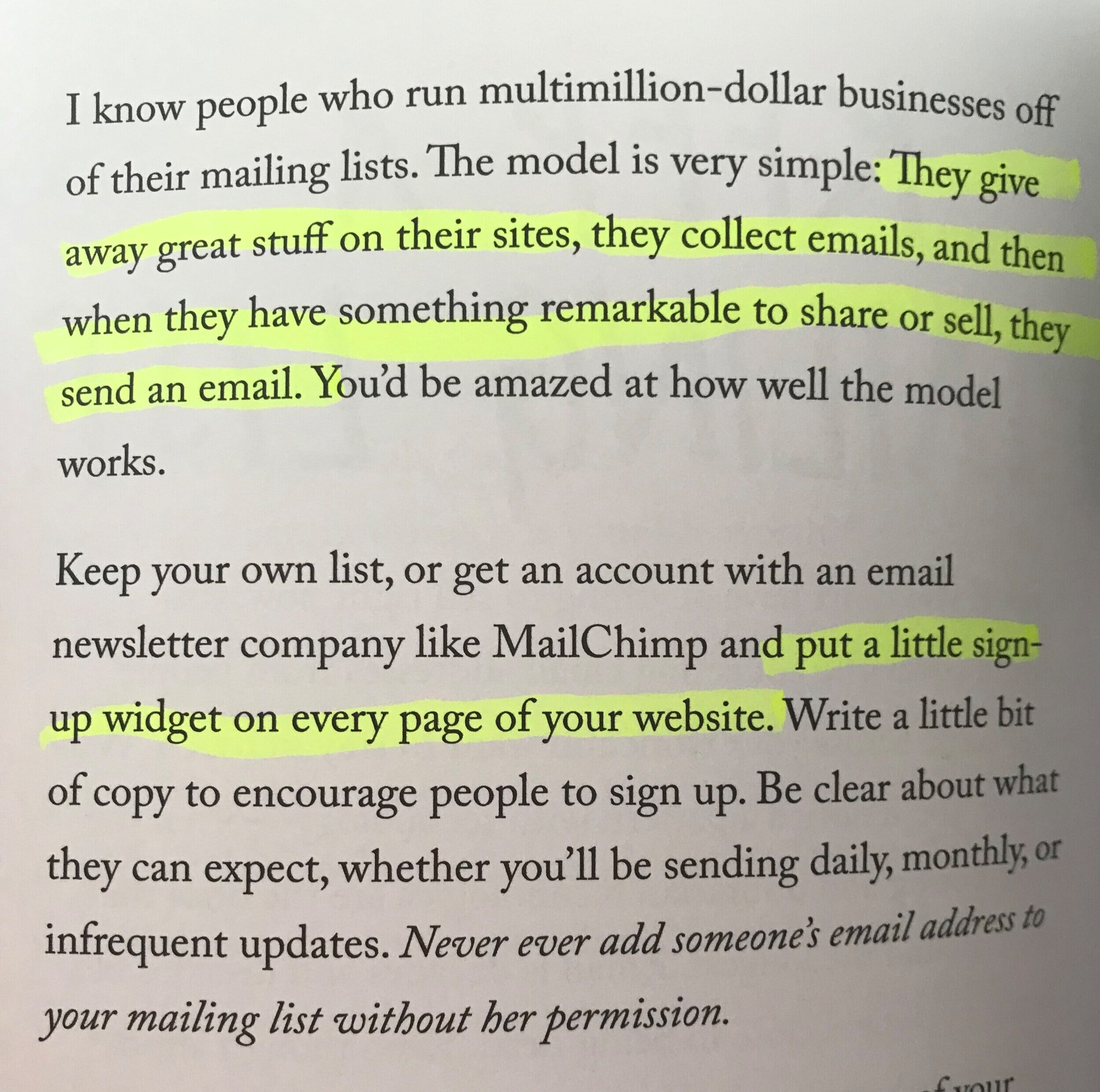 While Kleon is clear that one should not “spam” — sharing too much about your work without reading others — his book is likely to make one more confortable with self-promotion. One thing that caught my eye is the benefit of actively gathering a mailing list. We have one at Voilà, but we’ve been needlessly shy about it.

So… here we go! Subscribe to our mailing list and we will raffle one copy of Show Your Work among the subscribers, shipping included! You have until January 31, 2020 to be eligible for this raffle (but subscribe anytime).

Eventually, we intend to have a regular schedule, but for now we simply gather enough things to say over a few months and put them together in an email. This means our own work of course, but also content that we found interesting, another thing that Kleon strongly encourages to do.

At Voilà, we consider ourselves dataviz and information design enthusiasts — both as learners and sharers. We want to be a source of discovery for observers, amateurs and experts in these fields. We show our work but we also want you to know what’s good and interesting in the world. 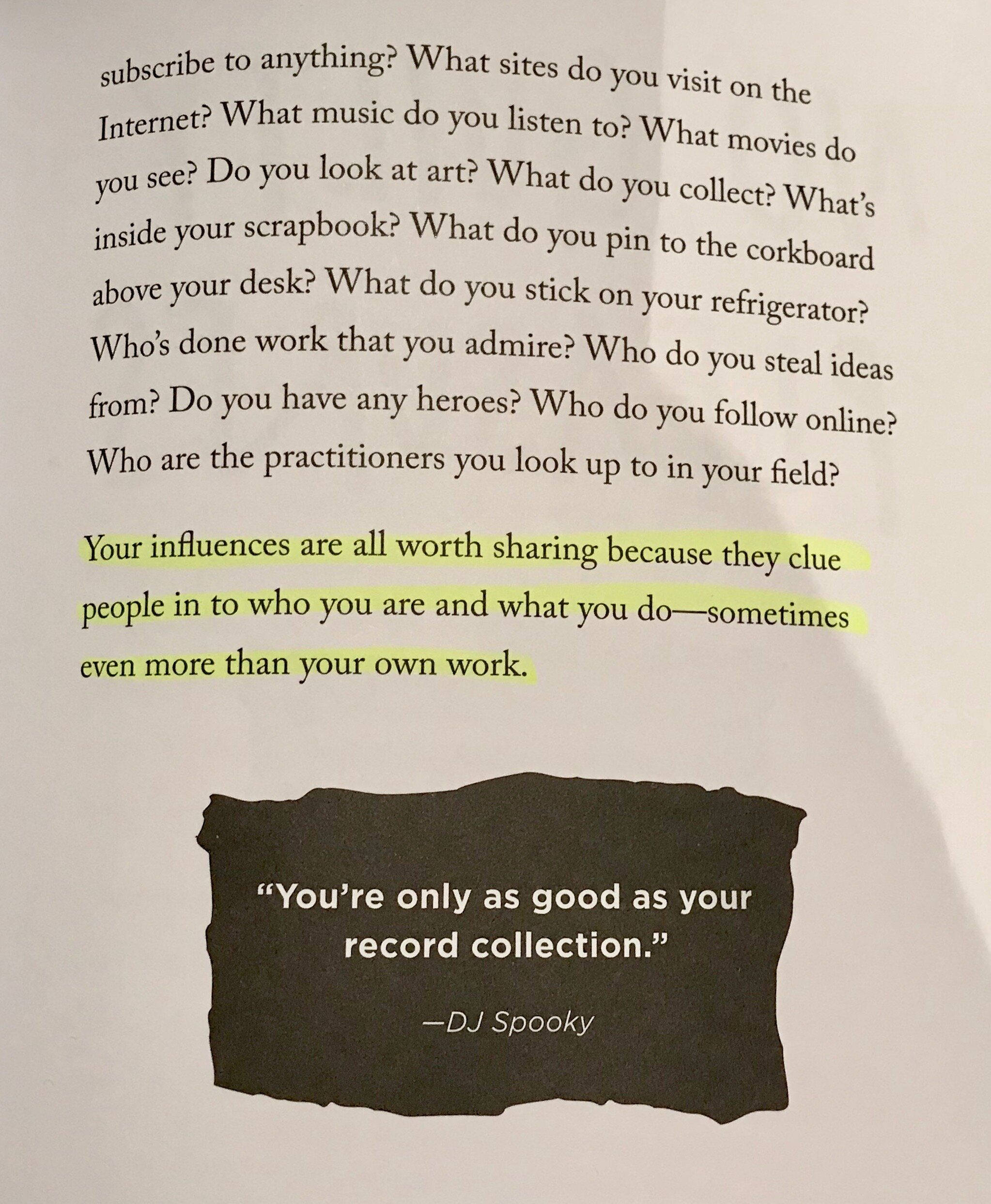 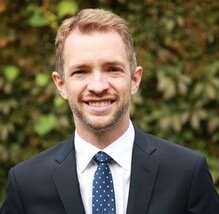 Francis is an information designer and the founder of Voilà.