My friends Ann K. Emery and Jon Schwabish have been discussing a graph published by CNBC about Holiday budgets. Ann reported that her husband was confused by the original graph:

Coffee convo with the non-datanerd hubby: Can you remake this? This is hard to read, right? 4 groups, I can’t tell what’s supposed to add to 100%, & they ran out of space & had to twist the letters. (He has no idea that clustered columns are my least fav graph of all time. ❤️) pic.twitter.com/SUbDrZ5Zkd

Jon chimed in with his own remake:

Here is the image of his remake. 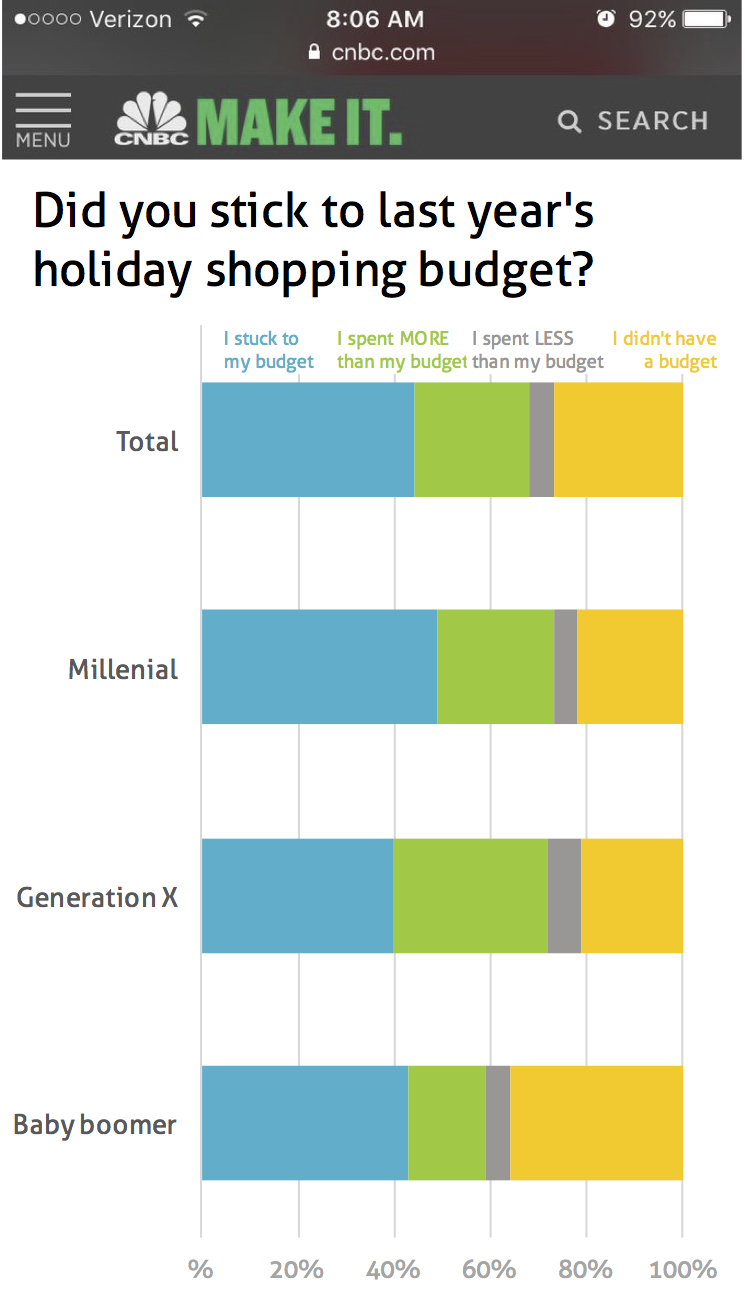 Ann’s pet peeve is clustered columns and mine is stacked bar charts. On Jon’s remake, I can’t quite see what’s going on with everyone’s Holiday shopping, except perhaps that Millenials stuck to their budget more than other generations.

Upon closer look, it seems that the point of the data is to compare how fiscally responsible each generation is in regards to its Holiday budget. Hence, it should be easy, looking at the graph, to see which generation overspends, which sticks to its budget, and which doesn’t even have a budget.

Here is my remake. 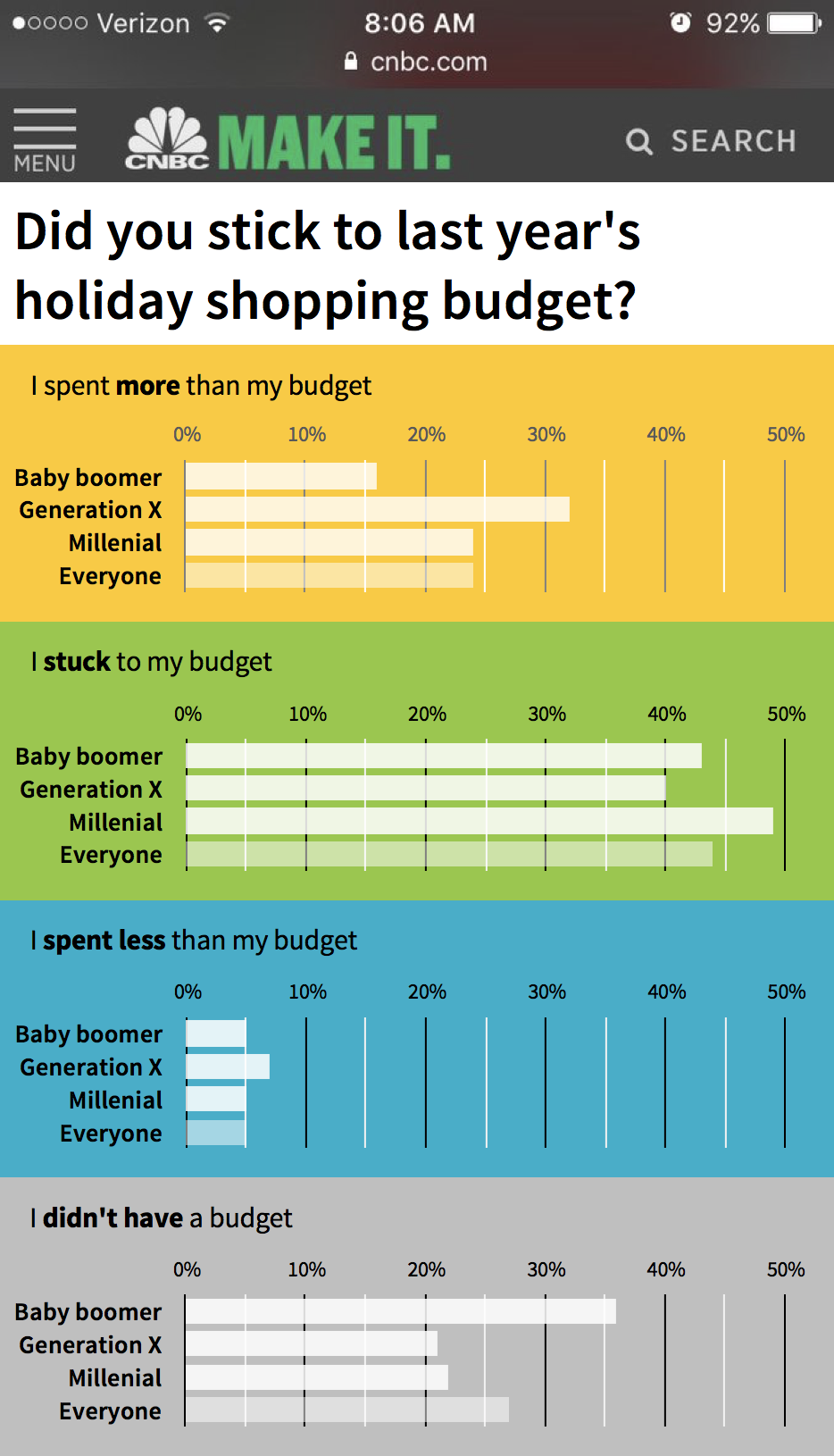 The organization of the data is close to the original: I grouped the generations under their spending habits. This way we can immediately see which generation spends more (Generation X), which sticks to its budget (Millenial), which spends less (X again) and who doesn’t have a budget (Baby boomer). Unlike Ann’s husband, I don’t find it difficult (or necessary) to see which data adds to 100%. It seems more interesting to answer the questions “Which generation over/underspends?” Given that the generations follow the same general trend, grouping by generation would yield graphs difficult to differentiate.

My general approach to data visualization is that content matters. It should influence the choice of graph, the order of the data, the colors, the analytical angle. Here are a few explanations for my design choices:

I don’t quite hope to get Ann’s husband approval given that it keeps the same groupings, but perhaps with better design, the messages will become clearer and he’ll understand the data better.

BREAKING: I won the competition! I would like to thank the judge and all those who have supported me on this long journey.