How to tell the truth in charts

Francis Gagnon
December 27, 2020
A review of How Charts Lie, by Alberto Cairo 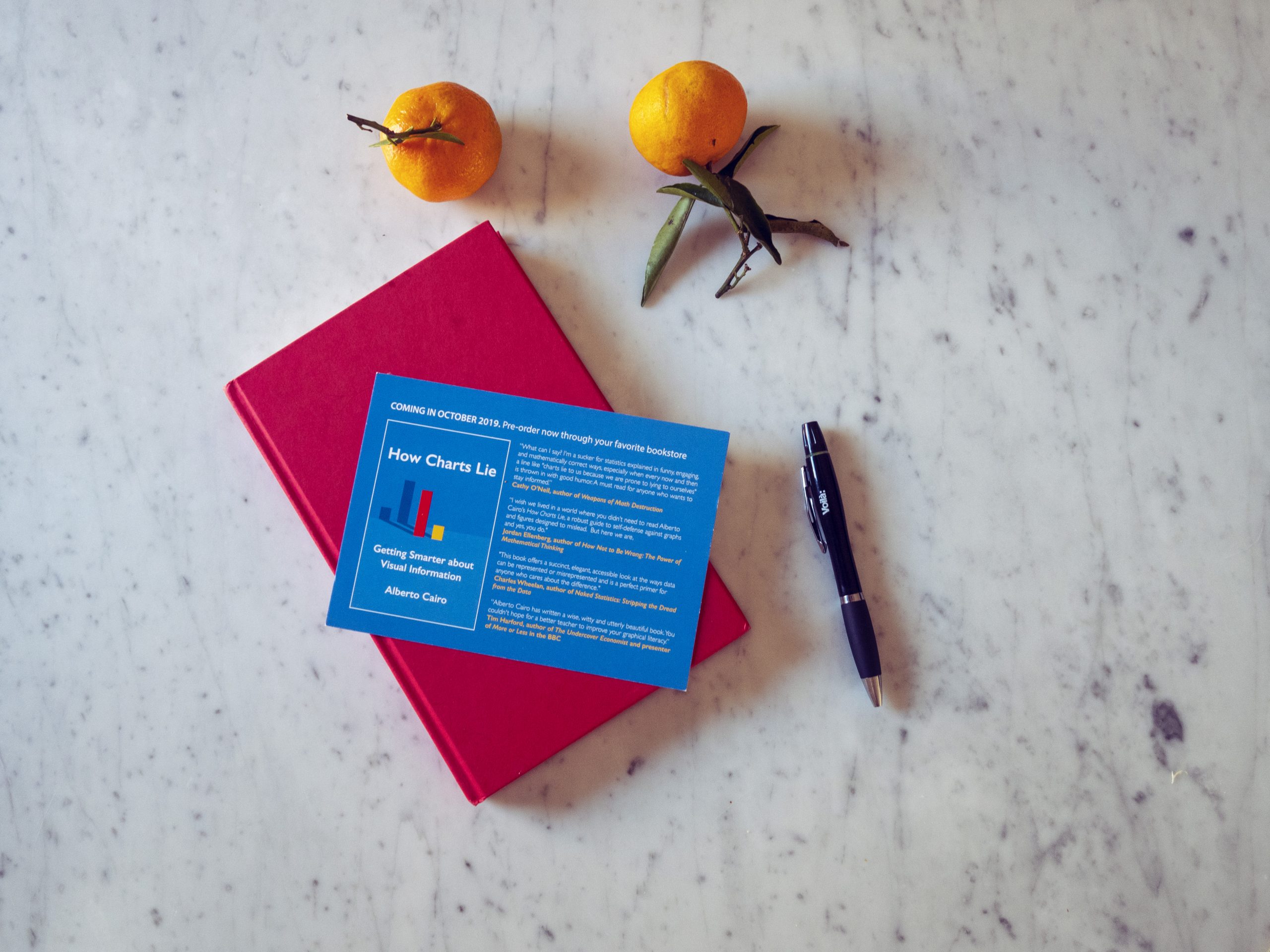 Charts are never neutral; they are rhetorical devices. Their creators select the data, the framing, and the encoding much like orators do with verbal language. They choose a perspective and, ideally, the readers question it. But not all designers and readers are skilled at or even aware of this shared responsibility. Alberto Cairo provides them tools to get better at it in his latest book, How Charts Lie.
Former journalist, Alberto Cairo is an associate professor  of data visualization at the University of Miami. In his chosen field, he’s a connector, bringing his students’ work to public attention, generous in his praise and helpful in his criticism, often seen in book acknowledgements, and a regular of the speaking circuit.
Long interested in epistemology (his previous book is called The Truthful Art), Cairo is troubled by how truth and reasoning are slipping away from public discourse. It is only natural that his book of the Trump era would be titled How Charts Lie.
The book is organized by the ways in which charts can lie: through their design, the data and our interpretation of the two. For such a wide-ranging book, it is surprisingly easy to read. Cairo has a clear mind about what he wants to say and the arguments flow. The book is full of visual examples, practically on every second page.
While there are international examples, many are American and concern the current debates on healthcare, elections and evolution. Cairo’s work on visualizing the uncertain path of hurricanes even brought him head to head with Trump during Sharpiegate and landed him in the opinion pages of the New York Times. The argument is presented in the book as well. Some of the themes may resonate less with readers unfamiliar with the American culture wars. 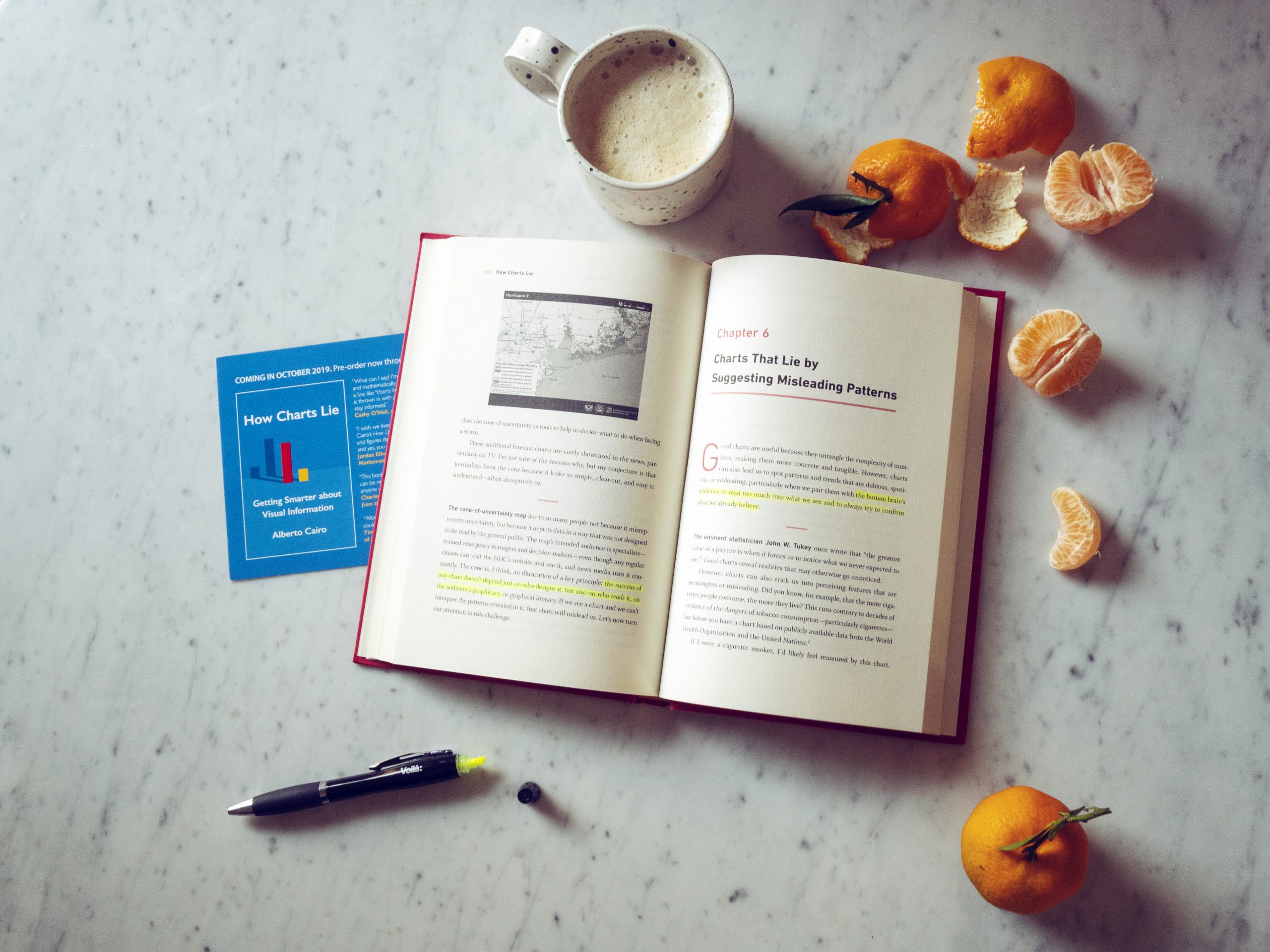 This is one of the most elegant books about data visualization. The layout, the typography, the colours: everything feels carefully done, with restraint and precision. Even the paper is especially pleasant. It may seem like a detail, but it is of one piece with the content of the book, where everything feels thought through.

This is a book on how to think about charts. It covers some of the basics, such as zero baselines, and introduces a few chart types, but its strength is in the ways it makes chart readers and creators aware of their duty. This applies not only to political data, but to any data that one may perceive as neutral, such as sales data found in business dashboards. For instance, the chapter on insufficient data explains how to properly represent and calculate movie box offices, pointing at the need to choose a timeline and a market, and to adjust for inflation and for population. It is the designer’s task to make these choices and the audience’s responsibility to be aware of them before making any inference.
How Charts Lie will suit a wide audience: from the casual readers of graphs to data visualization specialists reflecting on their purpose. This is the kind of book that makes you feel a little smarter for having read it. Who knows, it might just be true. 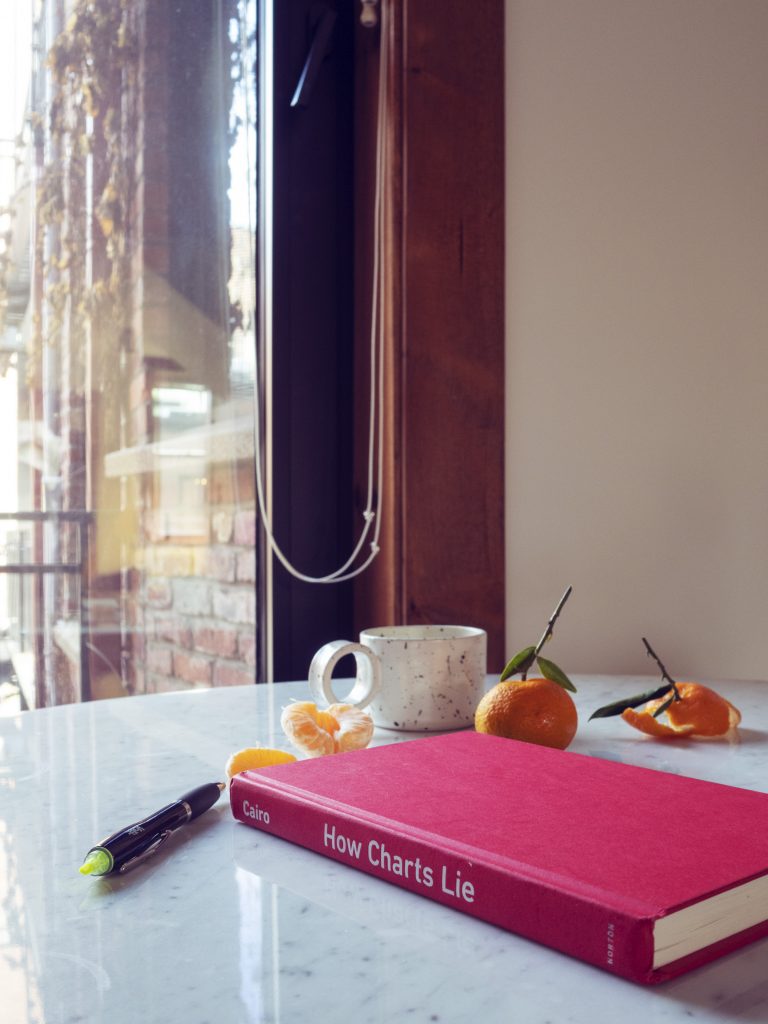